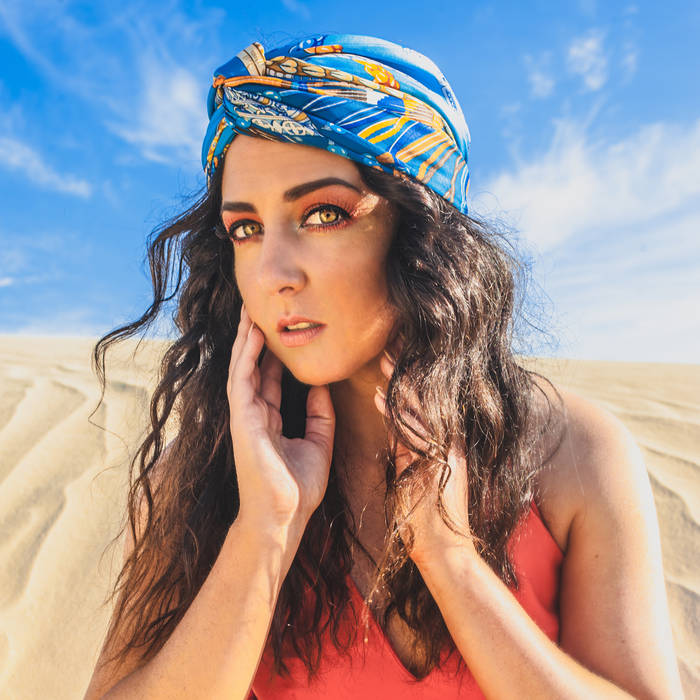 Vocalist, songwriter, broadcaster, DJ and producer, Chelsea Wilson has been at the forefront of the Melbourne soul and jazz scene long before charming listeners with her debut album 'I Hope You’ll Be Very Unhappy Without Me' in 2014. Riding the coattails of her debut album’s international success, Chelsea made her UK debut at Glastonbury Festival 2015, subsequently selling out the famous London Jazz Café, as well enjoying successes back home with the release being named #2 Album of the Year on ABC Radio National and nominated for Best Soul Album at The Age Music Victoria Awards 2014.

Chelsea’s highly anticipated second album 'Chasing Gold' is due for release this autumn and sees Chelsea move into the rare-groove territory, fusing her love of early disco, epic pop and jazz. Produced by ARIA nominated composer/ bassist Ross McHenry (The Shaolin Afronauts), the album features lush string orchestration arranged by Ross Irwin (The Bamboos) and backing vocals by Jason Heerah and Thando Sikwila. The first single from the album ‘Real Love’, released late in 2018 reached #12 on the UK soul chart and now Chelsea is ready to unleash her next instalment ‘Breaking Down’ on Friday 15 February, ahead of her intimate performance at Melbourne’s Recital Centre.

A deeply personal song about an abusive domestic relationship, ‘Breaking Down’ sees Chelsea at her most heartfelt expressing her life challenges and triumphs through music. ‘Breaking Down’ takes the tempo down a notch from previous single ‘Real Love’, but despite the heavy theme, Wilson’s vocals are smooth and the track remains uplifting with help from backing vocalists Jason Heerah, Germaine McCarthy, Thando Sikwila and Molisi Tuanivi, plus that funky as heck guitar hook that builds and builds seemingly unnoticed and keeps you grooving until the end.

Only yesterday we both cried and I prayed
For times to heal us and times to change
The sounds of yesteryear
Memories gone by flowed in my tears
How can my greatest joy be my greatest fear?
Can we really change? Can we really talk and rearrange?
Promises so sweet turn so strange
The strength I had I gave away

Always hoping for a brighter day
You show the signs but they always fray
I’m afraid to leave, so scared I stay
I can’t stand up to this fight today

How did it come to this?
Did I neglect? Was there something that I missed?
Why do you push? Oh why do you insist?
Sometimes we dance and I forget the space between us, the emptiness
Called you friend and I believed it true
Now rage has taken my faith in you

They say that love is the same as hate
Do I choose this pain or is this just my fate?
All I know is - my love is blind
How can I break this cycle of what’s yours is mine?

I know I saw the signs but I closed my eyes
I know I could not leave all this love behind
Father said I made my bed
Was this really what he meant?

"sophisticated soul, that has all the elements to really weave some magic” BBC UK

Chelsea Wilson is a Melbourne based vocalist, songwriter, broadcaster and producer. ... more

Bandcamp Daily  your guide to the world of Bandcamp